What The Rugby World Cup Does to Third Culture Kids

Overnight, The New Zealand All Blacks won the Rugby World Cup. There, I’ve said it and, as an Australian, it is a bitter pill to swallow. The Australian Wallabies fought to the end, as Aussies often do, but perhaps more importantly restored their countrymen’s faith in Australian Rugby. For Third Culture Kids (TCK) however, the Rugby World Cup is just one more reminder that they belong everywhere but nowhere and this can cause great angst.

Take this little girl for example.

Born to New Zealand parents but living in Australia, the decision about which team to support has completely traumatised her! As a result of living globally mobile lifestyles, such overwhelming feelings rear their head from time to time for Third Culture Kids around the world. The Olympic Games and Soccer World Cup do much the same thing as does that dreaded question, “where are you from?”

It is so because TCKs spend a significant part of their developmental years outside the parents’ culture. They build relationships to all the cultures they have lived in, while not having ownership of any. In the case of this little girl, her parents are from New Zealand but she doesn’t feel as though she belongs there because she has lived a significant part of her life to date, in Australia. She has no connection with either cultural identity in the same way as someone who has lived their entire life in the one country.

Cultural Identity is important because the development of identity is inextricably linked to self confidence.

For TCKs, these basic cultural rules keep changing as they move from culture to culture, even if it just from their parents’ passport culture to a host culture.  It is known as Cultural Confusion. The little girl in the clip above is very confused! 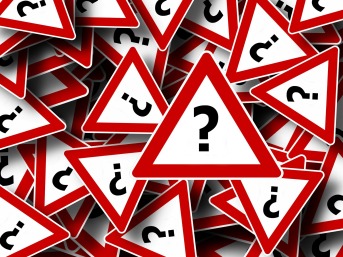 Parents and schools can help here by reinforcing the fact that TCKs are Human Beings first and foremost. Identifying the unique character traits, personality and abilities of your TCK then labelling them whilst encouraging them is one step. For example: if you see your TCK help another child carry a heavy bag into the classroom, encourage them by saying “You were so helpful today. I saw you help Johnny carry that heavy bag into the classroom. That made his life a little easier. Well done.” Another step is to decide, as parents, what your family values will be, role model them and openly praise your TCK when you see them being displayed. Schools can help too by creating comprehensive school-based transitions programs to support TCKs and their families through the many triumphs and challenges of living a globally mobile lifestyle.

With the support of their parents and schools to help them explore who they are as Human Beings first,  TCKs can, over time, develop a Global Identity (not necessarily a Monoculture identity) so that when asked that question or faced with a decision about which country to support in the Rugby World Cup, they are less confused and hopefully more confident in themselves…but beware, they may just support more than one team and that’s OK, because that is the reality of being a TCK.