Globally Mobile Children: One Tribe or Many? Part Two

How do you feel when you hear the term ‘Third Culture Kid’ or ‘TCK’? Does it fill you with a warm fuzzy glow or a cold hard dread? Do you feel a sense of belonging or does it reinforce your feelings of the in-between? Do you identify with other associated terms such as globally mobile kid, Cross-Cultural Kid (CCK), expat brat, missionary kid, military brat or global nomad? With a myriad of terms strewn across research, books, social media and day-to-day conversations, it is little wonder that questions arise around the terminology for children who live a life that takes them across and among cultures and worlds.

To continue bringing some clarity to the conversation, this post concludes my two part series drawing on the wisdom of Dr Ann Baker Cottrell. Ann studied under Drs John and Ruth Hill Useem, who coined the term ‘Third Culture’ and ‘Third Culture Kid’ and subsequently, became part of their research team. Presenting her research at the Families in Global Transition conference in 2017, Ann took participants on an historical journey, through real life examples, to raise questions about our 21st century use of terminology describing globally mobile kids.

I offer some of my insights from Ann’s research and presentation of a modern history of globally mobile children as a way to understand the complexity that surrounds the terminology.

The modern history of globally mobile children can be divided into three eras: the Colonial Era from the mid 1800s to the mid 1900s, the Post-Colonial Era from the 1950s to the late 1900s and the 21stCentury Era. A dominant pattern of global mobility can be identified in each era but, according to Ann, “that’s not to say other types of globally mobile children don’t exist in other periods.”

This is the era of the Self-Initiated Expat (SIE). They are not sent by an organization but find a job or contract outside their home country. One big reason for this is businesses now find it very expensive to send expat families abroad. It is much cheaper to hire someone and let them worry about the school expenses, moving expenses, logistics and so on.  Identifying three types of SIEs, Ann went on to the explain each using real life examples.

Gene lived in Latin America from birth to 18, across four countries. He attended the local school until Grade 11 when he was sent to an American school in Venezuela. He integrated into the local community but “he didn’t have the security of having a language to describe his feelings nor the comfort that immigrants have in knowing, although they are a hybrid between two countries, this is their new home,” said Ann. His Dad was very patriotic, constantly telling Gene he was American and would return to the US for college. “I lived in a fog, absolute confusion, no sense of identity or belonging anywhere,” said Gene.

Unable to find suitable teaching positions in the US, Else and Mette now teach at an international school in Europe. Their children are students at the international school and they socialize with people associated with the international. school. They are different from sponsored expats because they get to choose when they move on. They intend to repatriate but they don’t know when. There is no fixed plan. Third Culture Families, as identified by Marielle de Spa, are also expat integrated SIEs. They live largely in the expat community but they do not intend to become a citizen of the host country and have no intention of repatriating or returning home. 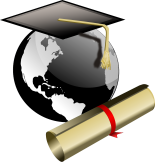 International students are often not considered TCK worthy because they are mostly abroad without children yet many graduate students are abroad with children. Technically, the parents are not ‘working’ abroad and the TCK definition is centered around parents ‘working’ abroad. Heidi is South Korean but lived in the Philippines twice whilst her Dad was completing his master’s degree. She attended two different schools and had to learn two languages. She struggled with who she was, then discovered the word TCK. As she read on, however, she realized: “but I’m not a TCK.” She found a tribe, lost it, and feels in limbo because she’s not defined. Should these children be included in the TCK definition because graduate school is a career move and SIE?

These families are not moving because of occupation, they move for lifestyle. Typically from North America and Europe, they want to get away from the lifestyle they dislike to a less materialistic, less competitive, more wonderful lifestyle. Living in the host country for nine months of the year then back in their passport country for three months of the year due to visa requirement, their lifestyle is much simpler than traditional expats yet they live in expat communities of like-minded families. They don’t socialize with the local population. Jobs and education are more intermittent and casual but they aim for their children to qualify for university entrance in their home country through homeschooling or small expat schools. “Do they identify with being a TCK? They would certainly identify with having more than one culture,” Ann said.

Ann had previously believed that a child of a cross-cultural marriage is not a TCK but a Cross-Cultural Kid (CCK). A TCK has to move was her thinking. Then she met Katia who turned her thinking upside down. Katia has lived in two distinct cultures – Russia and England. Her Dad moved permanently to South Africa and her mum remarried and moved to Spain, so she had homes there too. She wasn’t living abroad due to work but she was living abroad because of the people her parents were or with whom they were in long-term relationships. Is she a TCK?

These families immigrated to a new country when the children were in elementary school, took citizenship for the new host country, and then repatriated to the passport country as teenagers. In many cases, it is not the plan to return to the passport country when they originally move overseas so the kids grow up thinking the host country is their new home. At some point, however, the parents decide to move back. Are these children TCKs? This needs more research.

Like any good researcher, her historical journey created more questions than it answered.

Thanks to Ann’s presentation, we now know the foundations of the terminology to describe globally mobile children. It’s time to build upon them and plan where we are going from here.

This article was written by Jane Barron and originally published in Insights and Interviews from the 2017 Families in Global Transition (FIGT) Conference – Building on the Basics: Creating Your Tribe on The Move